On the Left Hand Path: Being True to One's Beliefs 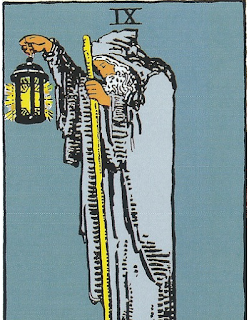 by Amethyst Black
Today's thought: In life, those of the left hand path will most often attempt, at least on some level, to be true to their beliefs. Let's face it--those who do not work to be true in this sense, are posers, are they not? Those of the left hand path, as most of us know, vary quite a bit. Perhaps the largest commonality between the various principles of belief, though, is that we are by birthright free to believe in whatever we want to, especially spiritually speaking.
Well, the aforementioned is where I am at now within my own life. I have been practicing this for a while. Practicing what, exactly? To not hide that I am LHP. What happens in real life for someone newly practicing openness? For the most part, that which was decrepit finds new life, and that which floundered finds stability and applied purpose. However, not everything is easily righted when one rights how they handle their beliefs within society. Sometimes the cure is worse than that which it is intended to cure (this concept applies in all areas of life, not just within spirituality, does it not?).
_____
#AmazonADLink: Start Listening to Amazon Audible Books and Podcasts on Free Trial
_____
The point? That when one decides to be open in beliefs (or not a hider) right across the board, it is absolutely necessary to be open in beliefs with everyone, within every circumstance. One can certainly try dodging the raindrops, as it were, but that would draw out the agony of attaining harmony. As all channels are opened, one will at times experience the madness that is introduced as others try to adopt the openness that has been introduced to them. It may be distressing but the best solution is to go with openness anyway, if you ask me. However, it's more right to go with, of course, whatever works best for each individual.
Living in society is complex though. One cannot throw caution to the wind in all circumstances. One needs to have some regard for what may happen next.
Why is madness introduced when others try to accept your openness, or maybe alternatively, that they are coming to terms with you being okay with your LHP beliefs? Think of beliefs as traversing a path that is tube or tunnel-like. There must be a free-flow, in order for things to proceed smoothly. When new is introduced the flow is no longer smooth, and issue is likely to arise. Overfilling the tube with pressure, for example, something is going to spew out from it in a volatile way. Not enough movement, airlocks, and blockages may cause problems--such as lack of manifestation or people withholding from us in various ways. There are a variety of concepts we can use as parallels to assess which issues may arise. All that doing so will tell us though, is that each may potentially happen when we take a wrong step; the wrong step is when we are not being true to ourselves, our beliefs, and our chosen path. In using the aforementioned model, it becomes apparent that when facing flack in being true, an airlock may have been set in place from previous times of not operating from a place of authenticity.
_____
#AmazonADLink: Uncle Setnakt's Essential Guide to the Left Hand Path (book); by Don Webb Ips
_____
This block of shared thought was not to teach anyone anything, and I doubt that it did or will. It was, rather, published to urge people to think in yet another direction. It's rare that yours truly presents such simple topics as this. The truth is, that lately I've at times dealt with introducing the considerations of others into my own path. I've experienced blowouts and backdrafts. It isn't pretty. Still, the more of such I experience, the more simple it is to understand that to do the work is necessary, to open everything up until there is nothing more to spew forth.
Posted by Metaphysicality Inc at 11:57:00 AM