A Replacement Rite for the LBRP, With Religion Taken Out of the Equation 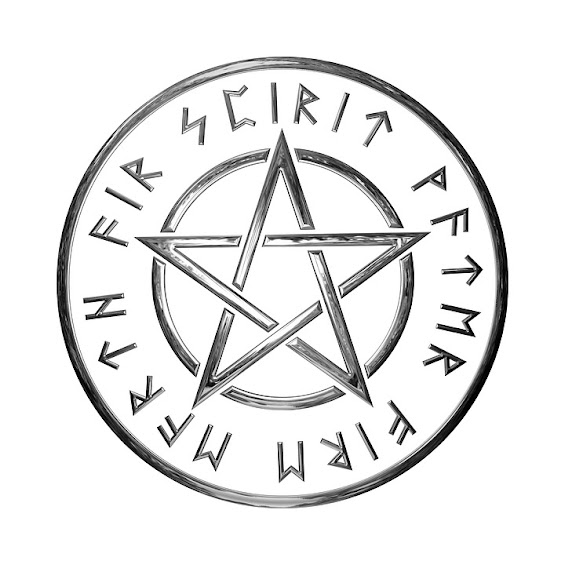 Analyzing and Updating the Lesser Banishing Ritual of the Pentagram

Recently it has been rolling around in my mind, that though I have no objections to using the LBRP as is--ideally no beings or even implications of beings of the Right Hand Path should be in there unless balanced by the mention of other beings. For example, the LBRP mentions Archangels Raphael, Gabriel, Michael, and Auriel. There are however, no mentions of any dark entities within it; for those of the Left Hand Path, this is a huge deficit. Is it not true that most occultists and sorcerers are LHP?--either that or middle/no set path; from my experience it appears so. Ergo, why is a rite referring to non LHP/middle path/fully pantheistic ideals, still a staple within occultism? it's really just wrong.

Many and potentially most, demonolators know that angels are not so light and fluffy and are not necessarily Right Hand Path--ever find a reason to counter one and you may find out. However, due to their association in contexts with religion and dogmatic tradition, we can rest assured that the average demonolator as well as the average Satanist and Luciferian, do not select archangels as preferable archetypes or patrons (erm... although some believe that Lucifer is an Archangel).

It would be remiss not to state that archangels are far more than their mainstream avatars suggest; they are powerful, and are light and dark. Still, no one needs to explain why their exclusive presence within the LBRP leaves some with a bad taste in their mouth. Sure, we can select another banishing rite, and there are a few that fit the purpose of replacing the LBRP (the Star Ruby and the GBRP for but two examples); but it's the LBRP that has long been popular. The HODG long used it and Crowley used it, and these are the reasons that the average occultist is initially attracted to it, when they are. A simple update or tweak, would go a long way.

With that said, I've taken it upon myself to create a version of the rite that's more suited to everyone across the board (perhaps with the exception of some RHP practitioners). It was hard to know where to begin. For one example, was YHVH to be removed? ...well, it helps tie the rite in to the Qabalah; however, it is that very same element that people have used to identify source as Yahweh/Adonai; and for that reason it was rather than removed, adapted. Now in the spot where YHVH was placed, is a resonance of what it speaks to us. As it says numerous things it was reduced to a broad concept--'I Am Unlimited.'

Research showed me that there are layers of meaning to each Hebrew word used in the rite. Bible interpreters used an interpretation, the originators of the LBRP used an interpretation, and the only way we can discern what's most appropriate, is to study the words and derive our own impression. Based upon my own study: Atah means 'you,' and to 'cover' or 'wrap.' So from this it seems that the Divinity at hand, is potentially being referred to as an avatar. An avatar for whom or what though? ... all deities, angels, and demons, at the very least, is the feel of it.

It appears that most interpret that YHVH, Adonai, Eheheh, and Agla, are all references to Yahweh. My take is, that YHVH relates to the four Qabalistic worlds, and to the order and mysteries of our multiverse, Adonai is a word that is plural, so above all it states GODS, not God. Eheheh simply means "I am that I am," and Agla, which is a notariqon for "Atah Gibor Le-Olam Adonai "[You, O Lord(s), Mighty (from) Now Until the End of Time], has a clear meaning. It specifically says Lords, and though virtually all interpreters say that the plural form of Lord has always referred to one God, I deeply question this. That the masses believe something, does not make it true. It is commonly stated that 'any pronouns used referring to Adonai, denote one God,' which doesn't prove anything either. If I knew that God was in fact all gods, I'd still refer to said God as 'he' or 'him,' if talking to someone about him. Unless of course, he was a she.

Long story short--all of the Hebrew terms used in the rite were replaced with resonances--ones that held meaning to me, based upon my own perceptions. Hence if they do not hold meaning for you in places, that's understandable.

Anyway, perhaps now is as good of a time as any to show you my rendering of the LBRP. Much of it remains the same. However, the one huge difference is that it is written from a perspective that the magician and his actions are God. Oh, and each archangel name was replaced--with an Egyptian god name from the same Qabalistic sphere.

New Banishing Rite of the Pentagram

Facing eastwards: In your mind's eye, see yourself as being huge, like the god that you are. Looking down you see the entire universe below you; earth's size is that of a grapefruit.

Above you is a cloud of light, blue in color. Push the finger of your right hand, or your wand or dagger up into it. Draw a streak of light down; touch your mid-brow with it and vibrate, "Universal Powers."

Remember, with each action you take, draw in blue light.

From your brow, trace finger down to your groin, and vibrate "Enter My Kingdom."

Up to right shoulder. Vibrate "And Favor My Workings."

Across to your left shoulder, and vibrate "Trued In All Ways, I Am Mighty."

Cross your arms over your chest now, and vibrate "Throughout the Ages, Nema." Nema is Amen spelt backwards. The intent here is to avoid using a dogmatic word.

Still facing eastwards, lunge forward with left foot in front, both arms outstretched and palms facing down (the sign of the enterer). Vibrate "I Am Unlimited." Then pull your left foot back as you touch left pointing finger to your lips (as if silently gesturing "shush"). Then bring your left arm back down to your side. Right arm remains extended ready to draw next pentagram.

Turn to face southwards. Draw a pentagram as before, once again in blue light. Make the Sign of the Enterer. Vibrate "All Is as One." Retract the left foot, once again touching finger to lips. Return left arm down to side, keep right arm extended.

Turn westwards; draw the pentagram. Make the Sign of the Enterer; this time vibrate "And I Am As I Am." Retract left foot, touch finger to lips. Return left arm to side, keep right arm extended.

Turn northwards; draw the pentagram. Make the Sign of the Enterer; vibrate "As the God That I Am." Retract left foot, touch finger to lips, return left arm to side while keeping right arm extended.

Return to face eastwards. Put your arms out as if you are a cross.

Vibrate "before me, Ra."

Vibrate "to the right of me, Anubis."

Finally, state "around me burn the fiery pentagrams, and inside me shines the six rayed star."

I hope that at the very least, this gave you reason to consider the LBRP and rites like it, in a more in depth manner than we typically do.

Do what thou wilt shall be the whole of the Law .

Posted by Metaphysicality Inc at 10:05:00 PM No comments: