Sungazing (for Psychic Awareness); is it Dangerous? Productive? 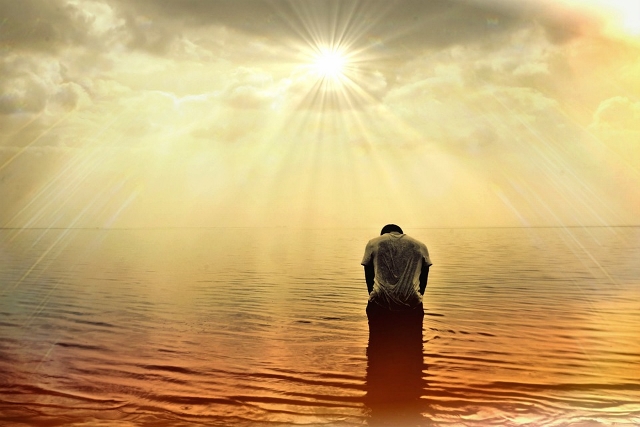 Staring at the Sun, Aka Sungazing

You may have heard--there are many people who stare at the sun; but then, there are far more who believe that to do so is dangerous; idiotic, even. In actuality though it is not crazy or dangerous, nor is it some New Age thing. People have been doing it for aeons, including some of the ancient Asians, Greeks, Egyptians, and Mayans.


Why would anyone stare at the sun? Isn't it dangerous?


The truth is, that while staring directly at the sun is typically dangerous, there is a time in the evening where sungazing becomes safe. There are varying reports on what that time is though; some sources say it's 45 minutes before sundown, some extend that to an hour, others say it is the last 2 hours prior to sundown. Really though, the 2 hour suggestion in my humble opinion is erroneous, or at least, could be that to the average person. As a long term sungazer I've tried outside of the last hour before sundown. It can be hell on the eyes, so to a newbie it would be more hellish yet, and may potentially be harmful. As such, sungazing outside of the typically suggested 45 minutes time frame is not recommended. There is a time in the morning where sungazing is safe as well, but we'll get to that later (in the 'how to' section).

By the way, this article is to inform; it is not my intent to promote sungazing. What you do with your eyes is your business.

Now, let's return to the question, "why would anyone want to stare at the sun in the first place?" The primary reason people sungaze, is to stimulate psychic awareness. Beyond that, they do it to vitalize themselves with the sun's energy, for one thing. You know how crystal lovers are aware that orange and yellow crystals carry sun energy? Well in theory they could put their crystals down and instead connect directly with the sun. The energetic effect of connecting with the sun in this way can be seen in observing plants, which need the sun to grow. Though it's harder to see what the sun does for humans, it is understood that we need vitamin D, which can only be produced by spending time in the sun. Vitamin D benefits include support of bone and tooth health, potential resistance to cancer, reduced risk of diabetes and MS, and increased cardiac health. As well vitamin D is believed to slow aging somewhat. To support production of vitamin D alone, is enough reason for one to consider spending more time outside in the sun. However, for one to choose sungazing over simply spending time in the sun, they may need other reasons.

My interest in sungazing was piqued upon reading a thread where a Facebook friend said that his psychic awareness had increased multi-fold since he began sungazing. I'd been working to increase my own awareness for a long time, so it was something I was prone towards investigating. It in time became my experience to believe what he said; sungazing does indeed heighten psychic awareness. It was only a month or so of regular sungazing before I started having regular visions, and had deities and daemons dropping by to offer messages of guidance. Though it is tempting to tell more of my personal experience with sungazing, it's not a good idea, as once a post becomes personal it has less mass appeal.


Why Doesn't Sungazing Harm the Eyes?


During the time range recommended for sungazing, the sun emits less UV radiation. It is UV radiation that causes retinal damage. As well, and I provide no scientific or other evidence in support of this, but as I began sungazing I noticed that my eyes made certain adjustments. After a while, as soon as I gazed at the sun it quickly turned blue. When it is blue that way it does not feel uncomfortable at all to gaze at. It is as if the sun provides its own filter, in a sense. But I will add this--outside of the recommended ideal 45 minutes, at certain times the blue will not appear. Such times are obviously not the time to sungaze! It would be remiss not to add, that there's no telling if the sun will turn blue for you.

If eye damage is of concern for you but you still want to try, consider sungazing with your eyes closed. In doing so you are still fully connecting with the sun's energy and you are still assimilating sun energy in a significant way, as the eyelids are semipermeable. Thank you to my friend Adam K, who brought this alternate procedure to my attention.


What Else Can Sungazing Do?


Sungazing stimulates and activates the pineal gland, and in that, subsequently boosts the production of serotonin and melatonin, the bodily hormones that make us feel good [statement based upon information released by Dr. Edward F. Group III]. Melatonin and serotonin are known to alleviate stress and anxiety; they also help regulate sleep. As the sun is an intangible food source, it reduces feelings of hunger; and as Dr. Group pointed out, there is a direct connection between having low serotonin levels and craving carbohydrates. Furthermore on this same topic, Dr. Group said (paraphrased) that,"not spending enough time in the sun lowers vitamin D levels, which subsequently leads to weight gain."

Sungazing is said to increase physical energy, and that some do it towards that end is the only support available for this statement. Some have offered though, that in being generally happier and without losing as much energy to stress, one is going to be more energetic. Who knows. Furthermore, some say that sungazing will improve one's eyesight, but I found no basis to believe or disbelieve it. As well, those who meditate may find that their meditation sessions are more profound after sungazing for a while. And, as we age the pineal gland decreases in size, and today's living seems geared towards reducing its functionality. Sungazing is believed to increase the pineal gland's size; this due to brain scans conducted on Hira Ratan Manek. When he was 70 years of age, his scans showed his pineal gland to be thrice the size of the average man's.

By the way, Mr. Manek claims that sungazing can stabilize the emotions within a period of three months, can clear a person of illness in between three and six months, and will reduce cravings for larger food intakes within a six to nine month period. Note though, that if this were true it would be based upon one adhering to a certain recommended procedure, including increasing the amount of time that one gazes upon the sun for, by ten seconds each day, keeping a record to ensure accuracy, and sticking with the plan.

And speaking of Mr. Manek, some will call him a charlatan, as he was filmed eating after having laid claim to not needing to eat due to his consistent sungazing. However, do some investigation on that and you'll see, that he was under permanent supervision for the one year that he did abstain from eating within. If you could not eat, for example, wouldn't you still want to eat for the sensation sometimes? The guy is human, after all.


As already recommended--sungazing is considered safe if practiced within the first 45 minutes after sunup, and also within the last 45 minutes before sundown. Though there are many who believe that an hour is safe, each person needs to know all the facts, then make whichever informed decision they do.

Make sure that you only do this during the recommended time frame. It's up to you to decide whether morning or evening works best for you.

The first time, gaze at the sun for ten seconds. While doing so, softly diffuse your gaze. Then wait 24 hours to repeat; but when you do it that second time, gaze for an additional ten seconds (i.e., for a total of 20 seconds). Then 24 hours later, lather, rinse and repeat; 30 seconds this time. Add 10 seconds each day. Keep a record so you don't forget how long, as to introduce the eyes to the appropriate amount of sunlight is integral during the process. When you reach the point where you are sungazing for 44 minutes, you have maxed  out; that's as far as you can go. You can keep on doing it, but cannot make your sessions any longer.

Know that at times there have been reports of people who've stared at the sun and harmed their eyes. Unfortunately, in such reported cases we don't know all of the facts. If it was the result of sungazing, were they following recommended practices? We just don't know. Basically, if you are doing it and it doesn't feel good, don't continue. For the record, another excellent way of connecting with the sun's energies, is through performing the Liber Resh vel Helios ritual on a regular basis. The only risk in doing so, is that you might turn Thelemite! Hah!