When Your Magick Isn't Good Enough for Others (SJWs Gone Wild) 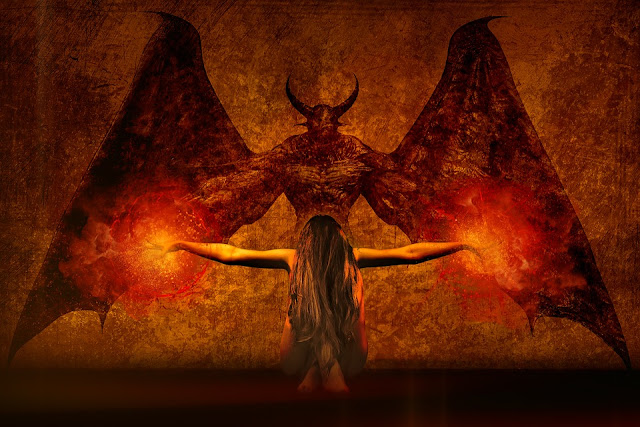 A post made with the intent to shut down two SJWs run amok...

Subtitled, I don't give a poo what you think, but don't you step on my blue suede shoes...


2019 has carried in with it, still active remnants of the social justice warrior (or SJW) mentality. Hopefully it'll all soon dry up and blow away. The SJW phenomenon has put a new spin on the concept of self entitlement, that has become so common within recent times. Said self entitlement fuels a strong sense of self righteousness, and provides certain individuals with a belief that their view of what's right or wrong, is the only view that there is. Normally this author would not care, but for what happened yesterday... we'll get to that soon enough.

I have long been a spirit conjurer, and have delighted to be a true perfectionist as well as an ethical craftsperson in my chosen area of magick (ok, well it is no longer my only focus in magick, but it was my first love). I'm speaking about the art of spirit conjuring and binding. I have done far more than can be shaken a stick at, and feel my input into the art has helped evolve it to a new level; partially because at the time I began there was a message delivered to me by divine transmission--a set of numerous points to be considered when preparing spirit bindings. As it was delivered I was urged to share it with the spirit conjuring community, and I did. There was a message delivered along with those points, that those who would not take heed of them, would be served a demonstration of the error of their ways (from divinity?). Some listened, some did not. That's how it is; not my problem what anyone chooses, I was not appointed overseer or any such thing--nor would I have accepted to be if I'd been asked.

By the way, I work with deities and demons, do spirit and entity bindings, cast spells and do various other ritual works, commune with Goetia spirits, and also perform radionics and psionics magick. I meditate daily both morning and night, and have multiple visions each day... so many visions because I worked hard to achieve psychic awareness; no mean feat indeed. Oh yes, I missed one point, I am a studied occultist. A few months back I began a hiatus on much of my online activity, and fully immersed myself in studying. Okay, that's a basic, synoptic overview of who and where I am in spirit keeping; though it was where I entered magick, I have moved far beyond it. You will soon see why these points defining me in magick, were brought up... 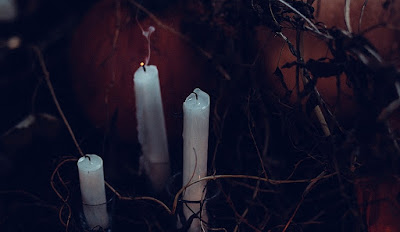 Yesterday in a FB demonolatry group, there were two individuals whom upon reading a comment I'd posted that did not align with either of theirs, tried to rip me a new one; this post is my response. I call them SJWs because they were trying to impose their belief that they were right, onto me; and because the response I provided was not suitable, they were fully intent on defaming me in that public setting. It is because they said things grossly untrue about me, that I respond. The initial post on that thread, was from a fellow who was asking about unbinding a demon from a jewelry item. Most that participated in the discussion held that it could not be done. These two were saying that it should not be done--this because as it was bound to the ring, it was obviously (to them) not a demon. The way they described their beliefs was as follows: a demon cannot be bound to a ring or any inanimate object, because a bonafide demon will not allow it. So if an entity was bound to the ring, it's an evil spirit rather than a demon. I am not sure what the remainder of their thought was, but it seems like it was, do you really want that kind of spirit around you when you release it? or something similar. But I may be wrong on that one point.

Because that's patently untrue (according to my own experience), I piped up; and when I did the two in question verbally attacked me. I could delve into and respond to each accusation made, if I could even remember them all (laughs), but no, there's no point. I will address the one main thing they accused me of. I will state here and now, I have successfully bound all kinds of beings to objects, demons inclusive; but not in the way that comes to mind for many when they read that... this is a delicate operation and liberty and free will must be regarded to be of utmost importance.

First, it was proposed by them that I am not aware enough to be doing such work. I have already provided my credentials, and though I can't prove that--take it or leave it, 'nuff said.

Secondly, it was proposed that given I am not aware that demons cannot be bound, I must be a phony, or as they put it, a scammer.

Thirdly, and this is the icing on the cake that defines them, they said--"even if you do have lots of experience, so does EA Koetting, and he's the biggest scammer of all time," or something very much like it; I am paraphrasing as I no longer can see that page, I removed myself from the group. By the way, sorry, EA, just using the point to illustrate their gross self aggrandizement... attempting to build themselves up by knocking others down.


Anyway, here's my open-letter response to what the two nay-sayers said:

I have no idea of why anyone would think that another magician's reality would need to align with their own. There is no need for that kind of thinking; it's limiting and restrictive.

Here I am operating as a magician in my own corner of the universe, and if you had not stepped on my toes would not have even likely taken a second glance in your direction, unless you had something to teach me. Why? Because I take responsibility for my own actions. I do not need to make others believe the same. When I countered what you said, it was not to have you believe my ways are more correct; it was rather to let you and others know that YOUR reality is not the only reality, and to provide knowledge that the rite referred to could indeed be performed with success and without regret. When one is truly immersed in magick, they just know that not only is their reality not the sole version, but there in fact IS NO REALITY AT ALL; our entire everything, from our family pet, right out to the greater universe, is nothing but a holographic projection.

Now here, for this thing on why you claim you cannot bind demons because your demons disapprove, and why I can. First, there is no proper response to this, only theories. Given that I can communicate with demons and deities, and given that I have never heard so much as a peep against the work I do from any, here's what I'd naturally assume. (I mentioned this during your attack on me, but you were rebuking): As previously stated, I was given by divine transmission, a list of guidelines, to be considered when preparing binding rituals. What does this mean? It means that IF there is a way to do it, I am definitely one of the magicians who knows the right way.

Yes, there will be and are other magicians as aware as or more aware than myself, who can pick up these divine transmissions and follow them or that inherently know them, were taught appropriate methodology, or who are told by demons themselves the finer points; and they can do bindings correctly too. Demons let me do it because I follow instructions, all of the guidelines revealed to me. I was being provoked into disclosing said guidelines yesterday. But here, I did my part in sharing said info when it was released to me. I had my copy stored on FB and was planning to share it with them, but during recent FB updates, they dumped some old posts--it's gone!  (Update: since posting I found the regulations post; anyone wanting to see it can contact me).

Let's get this right... YOU are magicians. There IS a way to do it. If it does not meld with your reality to do it, then by all means, Don't Do It! That's your reality and you are entitled to that. However, if you want to do the work, you have to go in and meditate to receive the guidelines. If you bother, I can guarantee you, sure as poo, that your demons will let you bind them to whatever the heck you want to bind them too, so long as you ask them first if they agree to the binding and await an affirmative response; and bind using appropriate methodology.

The sole point to this post, is to make it clear that I am master of my universe, and no one will sully my name. Yet also to remind people that, as one of my Facebook friends so succinctly put it, you cannot say that in magick something cannot be done. If you fail, try again, try another way, try five other ways if you must. Sometimes, and the case in point is a perfect example, it may seem like something cannot be done. I mean, one or more demons supposedly said so, the two claimed (naturally that was taken with a grain of salt). But, why did the demon say that? What are you doing to cause that? Why do I get yes and you and perhaps others get no? These are points to be investigated when working magick. Not everything is so absolutely black and white.

And as peculiar as this may seem, I am tired of this, have nothing more to add, and rest my case.