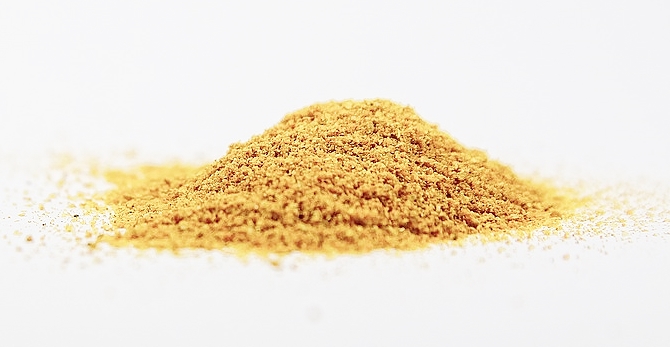 All You Need to Know About Asafoetida

Asafoetida is a powerful herb, that stands amongst the strongest of all as a tool in magickal rites. As its main component is sulfur, it can substitute for sulfur in magickal workings; as well it can substitute for any baneful herbs and Mars attributed herbs. It is a gum harvested from the rhizome of the Ferula assa-foetida plant. In magick its powder is most commonly used, but granules of its gum can be used as well. Most often it is burnt, but it's also worn or carried, and made into poultices. Raw, it cannot be ingested but in the smallest amounts, as it causes severe diarrhea and vomiting.

Much of the power of this plant is in the smell, and also in its concentration of sulfur. Make no mistake, it stinks, and its smell may lead some to feel nauseous or even vomit. Be sure to test your degree of sensitivity to its odor before using it in any significant amount. Though its smell repels, its sulfur content pulls attributes from the sun, which puts a positive spin on its overall properties. You will soon discover that asafoetida can be useful in an unusually wide range of magickal and healing applications, both good and baneful.


Asafoetida powder can be burnt alone, or can alternatively be added to an incense blend (the blend can be made into cones or sticks, or burnt on a charcoal disk). When burned allowing for plenty of smoke, it is ideal as a smudge for space clearing, and is great for banishing--even the most powerful of negative energies and entities can be banished with it. Furthermore asafoetida can be used to kill off energies of a spell that went awry, and can be used in exorcism rites. Keep some near your altar to burn as needed.

When subject to psychic vampirism, or for those who are sensitive to certain energies, burn it to create peace and protection. In such instances you'll want to burn it regularly; thus create an incense blend, so that you aren't subject to its horrible smell on an ongoing basis. For preparing appropriate blends, know that its smell has a super charged oniony garlicky feel, and almost a gasoline like undertone as well; you'll be more successful choosing what goes into your blend with this in mind.


When someone's giving you a hard time on an ongoing basis, take asafoetida powder or some granules and sprinkle it in front of their doorway or somewhere they'll walk; it will deter them from bothering you. As well it will return the negativity and malintent they send.


Asafoetida can be used as a high level offering in order to call upon any deity. Brings visions. Protects. Propels the power of magickal rites, even spirit conjuring. However, the magician needs to decide if they are going to use it for conjuration, or reserve it for its high level power in banishing, should the need arise. Use it for spells to break habits and addictions, and also in meditative rites, and rites that require peace and calm. It energizes the brain in preparation for higher learning, and can be used in self purification rites. For someone who is confined by limitation of circumstance or oppression, asafoetida used in spellwork can break them free. Thwarts one's intent to self harm, self sabotage, or engage in negative activities. Dispels fear, promotes patience. Use it for spells to break through blockages to out of body experiences such as astral travel and soul travel. Use it in spellwork directed at passion and lust, anger issues, and manifestation.


If one can get past its unpleasant smell, it adds to mental stillness and also heightens that which relates to manifestation during meditation. As well, it is known to help a person see how they cause their own limitations, and helps them break through the restraints they have created for themselves.


Burnt alone it heightens baneful magick energies. As well it can be burnt as an offering in order to get dark entities or deities to do your bidding. If someone is sending baneful magick to you, use it in a hex breaking spell.


Asafoetida has a thinning effect on the blood, but is not stable in the effect that it has. It is not recommended for use in blood pressure regulation at all; over time with ongoing use, it may cause blood pressure irregularity. As well, it should not be ingested while healing after surgery; nor while pregnant, as the possibility of chromosomal damage presents. Use it in spells to heighten physical strength. Too, it helps with anxiety based and nervous conditions, and with digestive system issues. For digestive problems causing pain, it can be applied as a poultice. Asafoetida helps with respiratory issues and chronic fatigue. In some applications, an oil of it is best used, but then should only be used short term and relatively dilute. Reminder though, the oil does not smell good. Additionally this herb is a vermifuge.

Near someone that's unwell, it serves to purify their system by releasing toxins through bodily processes. In fertility rites and also in rites of manifestation, it provides a strong male energy. Asafoetida is a fungicide, and boiled in water in small amounts, will assist in flushing Candida albicans. And though it is said to be effective in repelling illness when worn as an amulet, well, who's going to try it, as it STINKS! Energetically speaking though, we can see it would keep illness away, but part of that would be due to the fact that it would keep people away. If anyone were to use it in such a way--to wear it as a charm, they could take a small granule and sew it into a cloth, dab that cloth with camphorated oil, and put another cloth outside of that and put another drop of camphorated oil on it.


It has a strong and bitter taste, that like its smell is in line with onion and garlic. Asafoetida is used in the Middle East where it originated from, but more so in India, where it is primarily grown today. It is an ingredient in Worcestershire sauce, by the way. Additionally this spice is used in pickling, and its presence aids in digestion.