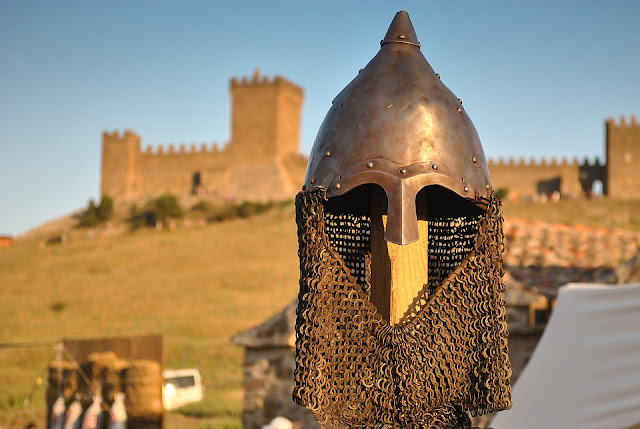 Regarding Attempts to Reconcile the Thoth and RWS Tarots...

Subtitle: “And Whosoever of You Will Be the Chiefest, Shall Be Servant of All”

One of the Golden Dawn’s signal contributions to the divinatory arts was standardizing the court cards of the Tarot, which had varied in naming and order across traditional decks in Europe and the Middle East, as the sequence King, Queen, Prince, Princess. It is notable, however, that the two most prestigious decks created by Golden Dawn initiates—Arthur Edward Waite’s Rider-Waite-Smith (RWS) and Aleister Crowley’s Book of Thoth—both eschewed this scheme in favor of other arrangements. Waite gave his deck a King, Queen, Knight, Page order (the most common traditional naming), while Crowley equipped his with a Knight, Queen, Prince, Princess progression. The correct method for equating Waite and Crowley’s courts, and of equating both with the Golden Dawn system, has been debated ever since.

The simplest and most accurate solution is to say simply that they do not equate. It is a pernicious notion that all Tarot decks can ultimately be resolved or rectified into one another by sufficiently clever correspondences. The Thoth is no more explicable in terms of the RWS than Crowley’s Thelema is to be interpreted in the terms of Waite’s Catholic mysticism. The genius of both men is undeniable (as is the genius of the artists who interpreted and realized their visions—Lady Frieda Harris and Pamela Coleman Smith, respectively), but very different. Just as their philosophies, while sharing much in common, must be appreciated in their own right as independent systems, so too their Tarot decks. Something, however, may well be learned from the occult exercise of seeking correlations.

One popular “solution” has been to identify the Thoth knights with the RWS kings. This is based largely on the Thoth’s pairing of knights with queens in the context of the Tetragrammaton. The Thoth knights are equivalent to the yod of the divine name and represent the first, most active inception of their respective elemental principles—swift, violent, and fleeting. They find their stabilizing match in the queens, who correspond to the first heh of the divine name and receive the ephemeral, inseminating force of the knights to be matured into a fuller state of creation. Synthesis is achieved in the princes, who correspond to the divine vav and manifest the union of the queen and the knight in a more enduring form.

Lastly, the princesses embody the Tetragrammaton’s final heh, completing the creative process by crystallizing the initial energy of the knight into a final, material form (which is also the reabsorption of the spent energy that makes the renewal of the cycle possible). Taken at face value, the RWS king, as the consort of the queen, seems to correspond to the role of the Thoth knight in this progression. (Joodhe, however, offers a different, and more interesting argument for this correspondence.)

At the same time, however, the brash and impetuous energy of the Thoth knights does seem a closer match to the often unbalanced forces of the RWS knights, suggesting that these two should be identified instead, leaving the RWS kings as counterparts of the Thoth princes—both more stable forms of energy. There does seem to be significant evidence in the iconography that Waite intended his kings as depictions of the Golden Dawn princes that served as the basis for the Thoth princes. A close comparison of the Golden Dawn card descriptions shows that the symbols of the Golden Dawn princes, which occur also on the Thoth princes, are consistently present in the RWS illustrations for the kings, but not for the knights. It this on this evidence that an argument for correspondence of kings to princes, rather than kings to knights, most usually (and most solidly) rests.


In this case, the true hierarchical order of Waite’s deck would, when set in comparison to the Thoth, be Knight, Queen, King, Page. It may seem counterintuitive to move the RWS king “down” in the order in this way, rather than placing him first, where his natural position would seem to be. This arrangement, however, may not be so backward as it appears if we consider Waite’s possible motivations for it. Arthurian romance deeply influenced Waite’s understanding of the Tarot and, in the most classic version of the tale, it is one of Arthur’s knights—Sir Lancelot—whom Queen Guinevere takes as her lover in his absence. Arthur, as king, is Lancelot’s lord, and yet comes beneath him in Guinevere’s affection. This suggestive arrangement, so similar to the narrative which Crowley would later give to the Thoth court, may well have appealed to Waite as a representation of the paradox that lay at the heart of his other great mythological commitment—his Christianity.

Most systems of Christian Kabbala identify Christ with the sephirah of Tiphereth, which unites the forces of the opposing pillars in order to balance Keter—divinity in its unknowable transcendence, associated with God the Father—and Yesod—divinity in its most immanent form, associated with the Holy Spirit—in such a way as to manifest Keter on planes that cannot otherwise perceive it directly. The role of the Golden Dawn prince bears an obvious similarity to this function of synthesis and reconciliation—one which Crowley notes in Liber 777, which identifies the Tarot princes with this sephirah. Waite, in addition, would have been mindful of the theological debates surrounding the relationship of Jesus and the Father. The paradox of the Son who is both supreme (Matthew 11:27; 28:18; John 3:35; 17:2; Ephesians 1:20-3; Philippians 2:10; etc.) and subordinate (John 10:29; 14:28; etc.) may well have reminded Waite of Arthur, who is both king and cuckold (and frequently identified with Christ through the symbolism of Arthurian lore). Moving the king to the crucial third position of the court would thus have alluded to the complex cosmological truths exemplified by both Arthur (King of the Britons) and Jesus (King of Kings; Revelation 19:16).

Whether that was indeed what passed through Waite’s mind as he named his cards we will probably never know; his published writings do not afford such detailed knowledge of his intentions. What is certain, however, is that we should not assume those intentions were more traditional than Crowley’s simply because Waite reappropriated a more traditional naming. Waite was fond of fitting radical ideas with the vestments of tradition, and his deck’s similarities to the Thoth might just show how original he could be.

Posted by Metaphysicality Inc at 2:42:00 PM No comments:

Reconciling the Thoth Knights with the RWS Kings 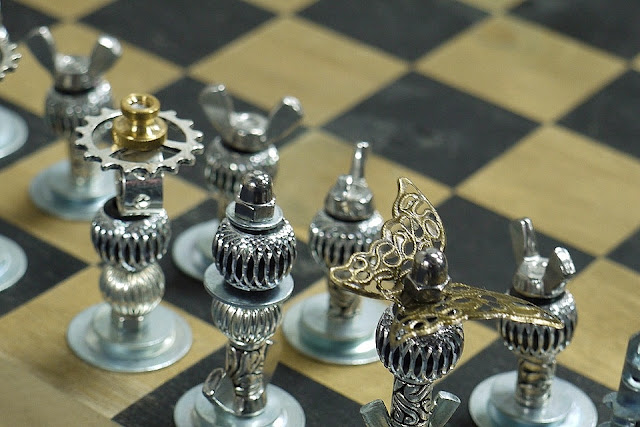 Why Have I Chosen to Equate Thoth Knights with RWS Kings, Rather than Knights?


I should begin by saying that not everyone agrees to equate Thoth Knights with the RWS Kings as I have done in my card definitions. For experienced readers the correlation is not likely to be an issue, but for newbies, suffice it to say that if you intend to read with the Thoth tarot alone, it may not serve you to define the Thoth Knights and Princes as being relative to the RWS Kings and Knights; best case scenario would be that you wouldn't feel need to reconcile your choice of deck with any other.

However, if you regularly move back and forth between Thoth and RWS based decks, you'll likely find it simpler to equate the Thoth Knight with the RWS King, and that's one big reason behind why I've chosen to use this particular correlation, I believe most will choose it. The other even larger reason is this - the King of the RWS deck has achieved much of what he's set out to achieve, his posture demonstrates this; notwithstanding that he must continue to grow and move forth in many ways. And the Prince, that is supposedly his Thoth counterpart, is very much a mover and shaker, far more than should be archetypically characteristic of someone who has experienced much of life.

With the above said, the occult names of the Thoth Knight/RWS King do not match, nor do their elemental attributions; but as well you should know that some apply fire as the elemental attribution to the RWS King, which makes correlating these two systems easier to digest. The Thoth Knight has the same occult name as the RWS Knight, ergo the Thoth Prince, the same as the RWS King. Point being, no matter which approach you take, it is not a fully effective reconciliation.

The reason I'm posting this, is because some will doubtlessly say that the correspondences I've used are wrong, and that's okay. The underlying concept is, that Misters Waite and Crowley each had considerably different approaches to defining the Courts and their roles, thus their decks weren't meant to define each other.

There's certainly more that could be said on this, that's why I've asked Race to write an article on it, to be posted at the end of this month, March 2016.

Update: The piece referred to above has now been posted.

Posted by Metaphysicality Inc at 11:46:00 AM No comments: