Analyzing the Term "Lightworker"... What Does it Mean (if anything) to be One 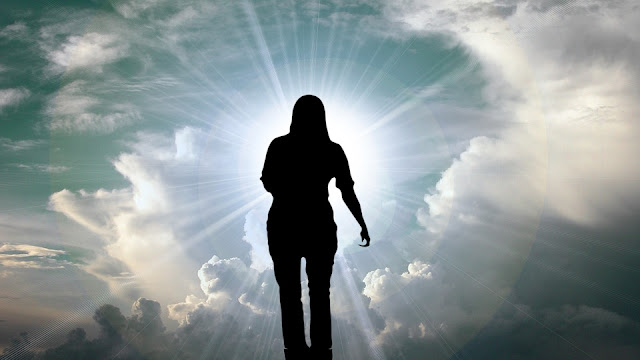 We often see the term "lightworker" used nowadays in spiritual circles, and at first it makes sense to see and use the word, and perhaps when one considers it in depth it still may remain in their vocabulary by choice thereafter. But there comes a time one is bound to stop and think, what makes a lightworker different from anyone else? Little really when you contemplate it...

In theory a lightworker is someone who opts to take on the role of creating healing and betterment in this world, who encourages people to grow in spirit, and that works to create social changes of benefit to all. However, one might realize after being exposed to the term, that virtually everyone on Earth would have the higher purpose as that of a lightworker, would they not? Hey, I'm not claiming to be an authority on the universe and how it works, but doesn't it only make sense that if the bulk of us were living authentically to our higher self blueprints, we would virtually all be lightworkers?


We may stumble across sites that say they offer tests and measures by which you can tell whether or not you are a lightworker (google the term "lightworker," such sites are a significant percentage of the results at this time); and you will if you go by those, in theory know your truth. I offer this - skip the tests, you already know. The very fact that you are there wanting to determine that, is your answer - you are indeed getting in touch with your higher purpose, which of course is that of a lightworker.

So what is it that I am saying? But for those that were sent here on spiritual missions that are likely beyond the imagination of the bulk of people (contemplate this Hitler channeling video and this Jack the Ripper one, for example), most are lightworkers, and thus no testing is necessary to determine that.

Here, the "Are you a light worker?" video - is another point of view to consider, I stumbled over it while looking for the "Channeling Erik" Channel's Jeffrey Dahmer interview, but alas it has been made private. The lightworker video you'll find via the offered link, suggests that lightworkers channel energy through them that enables them to do work that others cannot. But in essence, perhaps that's just another way of looking at what I've already suggested - that some are in touch with an ability that is innate within virtually all or even absolutely all of us... consider this if you will - if theory presented in the Hitler video is truth based, then Hitler in his way, was a lightworker, as ultimately his dastardly deeds benefited all of humanity, as we learnt never to allow anything like that to happen again. (Or did we?)

I'd like to add that I have no opinion whatsoever regarding the authenticity of the skills of those that produced the videos referred to (and I have no affiliation with them), to me they just present points to consider.

Bottom line is, perhaps the term lightworker needs to be defined a bit differently, as in essence, it isn't so much about which life choices one makes and what they do that does/doesn't make them one, as much as it is about each of us getting in touch with our authentic self.

Anyway - that's me sharing a ramble on a concept that crossed my mind yesterday. Please, share your thoughts on this blog post if you will...

Related Reading: What is a Lightworker? (page linked to is awkward at time of posting, scroll way down to read).

Email ThisBlogThis!Share to TwitterShare to FacebookShare to Pinterest
Labels: Spiritual