No Insight/Answers from a New Tarot Deck? Interview It! 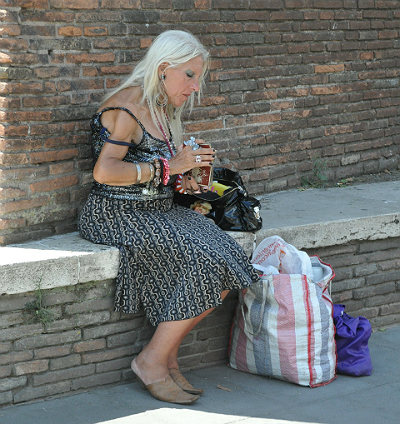 
So you've done it at last, you went and bought the Tarot deck you had been eyeing for a while. It could be the latest offering from a favorite Tarot artist, a classic historic deck, or maybe even your first deck ever. At any rate, it’s an exciting time! If you’re like me, you’ll be steeped in anticipation between having clicked the "buy it now" button and when actually holding the cards in your hands...

There are enough logical reasons to delay purchases; a deck can be expensive, hard to find, or both. And and at some point, most long term collectors will likely stop to ask themselves "why on Earth am I buying yet another deck?" When this question began to arise ever more often for me, time in between purchases naturally increased somewhat.

But anyway, one way or the other it arrives, and is finally in your hands. You unwrap it, get it out of the box, and run the cards through your fingers, or vice versa. If you are lucky, you will like the feel of the cardstock; and if you are really, really lucky, the deck is even better than you thought it was going to be. But alas, when you attempt to read with it, something happens that you didn’t expect at all. No "click"; the answers don’t come or do not come easily. In attempt to develop a connection, you do a spread or two and stare deeply and intently at the cards. Still the connection is just not there, or else it comes and goes, or is there for a bit then fizzles out.  Yikes!

You raid the companion book and/or “little white book”; you summon everything you know about Tarot. But still there is nothing, or you get a far less than ideally complete picture. Though there are a variety of reasons this happens, that’s another discussion entirely. The only sure thing right now is that you are a little frustrated with your new deck –or maybe more than a little. Fortunately, there are ways to deal with that. One of them is a particularly useful type of spread that has been dubbed the “new deck interview.” A new deck interview allows the reader to establish an initial rapport with her/his deck. It also helps to determine what this particular deck’s “personality” is going to be, and how it’s going to speak to him/her.

In case I haven't been clear enough, the interview is done with the deck posing issue, not another that you are more connected to.

A deck interview spread can be as simple or as involved as you want it to be. You will find examples here, for instance: New Deck Interview Spreads at Aeclectic. There are numerous examples, so you can pick a spread that you like or just create your own, using as many cards as necessary. I personally favor simple, uncluttered spreads of between three and seven cards each, but I know readers who thrive on complex, multilayered spreads and are able to squeeze a lot of juice out of them, so make a choice based on what works for you.

Make sure, however, to keep in mind a few important points for your interview spread. Look for a card or group of cards that can:


Oh, and one last thing. although this is usually called a new deck interview, these spreads can be equally useful when done at any other time. You can do follow-up interviews as a way of keeping tabs on your progress with a particular deck, even weeks or months later; especially if it’s one that has shown to be a tough nut to crack (I do it periodically with my Mary-el). It’s one way to bond with the cards; and as so often is the case, the answers may well surprise you.