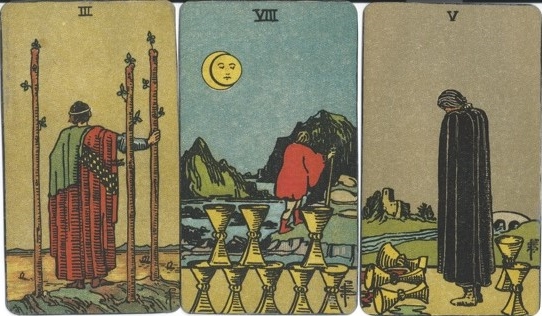 
Amongst Tarot aficionados, Rachel Pollack hardly requires introduction. She has written many books with us as her target audience, and her monumental Seventy-Eight Degrees of Wisdom, published for the first time in 1980, has become a significant milestone.

Much can be said about that book; but I am only going to touch upon one rather fascinating concept that she introduces in it... it's a concept that in my opinion has seen far too little attention; perhaps that's because it is scattered throughout many chapters. I am talking about the concept of Gate cards. It perplexes me that such an illuminating concept is not referred to in the table of contents. It is, thankfully, in the Index.

Pollack begins by asserting that "joining ourselves meditatively to particular cards in the four suits will bring experiences reaching beyond the cards’ specific meanings." "I call these cards Gates," continues Pollack, "because of the way in which they open a path from the ordinary world to the inner level of archetypal experiences. […] They all share certain characteristics: complex, often contradictory meanings, and a myth-like strangeness which no allegorical interpretation can completely penetrate." 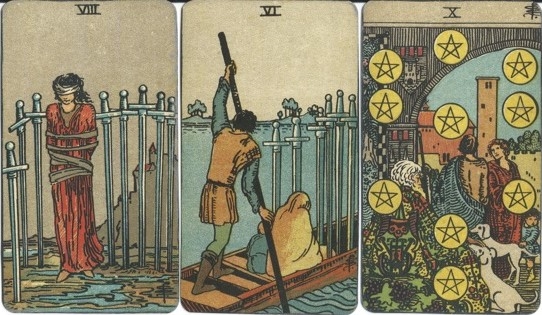 These are the nine minor arcana cards that Pollack identifies as Gate cards:

Upon first reading the book, I took these cards out and arranged them side by side to meditate on them as she says - first in the order in which she talks about them, and later inverting that order. Either way, I felt there was a narrative there, like another Fool’s Journey (the passage through life that can be traced throughout the major arcana) hidden away inside the minors: the journey of the person in the Three of Wands until reaching his/her Ithaca, the Ace of Pentacles - or, conversely, the passage from the walled garden in the Ace of Pentacles to the solitary, Hermit-like figure in the Three of Wands. 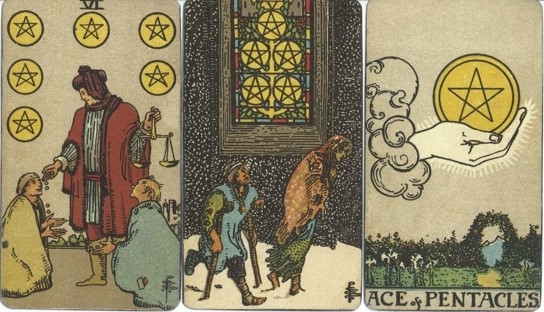 In either case, as a starting point we end up gazing into the distance. There's the sea, that according to Pollack evokes "a sense of the vastness and mystery of the universe," or the mountain range espied through the arbor of the Ace, which encourages us to go beyond the walled garden - to in essence traverse from "that wild vibrant universe existing in the very center of the ordinary," to the higher knowledge symbolized by those faraway mountains. In this sense, they are the same mountains being climbed by the also Hermit-like figure in the Eight of Cups.

It bears mentioning that Pollack’s concept of Gate cards is specifically tied to the Rider-Waite-Smith deck, and therefore to A.E. Waite’s vision. Such a caveat may be implied when she says: "By choosing certain cards to fulfill this function I do not mean to imply that no others will do so, but only that in my experience these cards in particular do act in this way" (italics mine).

However, it too stands to reason that every Tarot deck worth its salt should contain its share of such cards. One way or another, treating every single card laid before you as if it were a gate - open to infinite meanings - is probably the key to a deeper and fuller understanding of Tarot.